RETHINKING THE EXPERIENCE OF LIVING IN 1850

Create a rewarding and ongoing experience within each of our guests through excellent personal service.

Contribute to quality tourism development in El Salvador providing the best service and hosting events within western tourists and national and international clients. 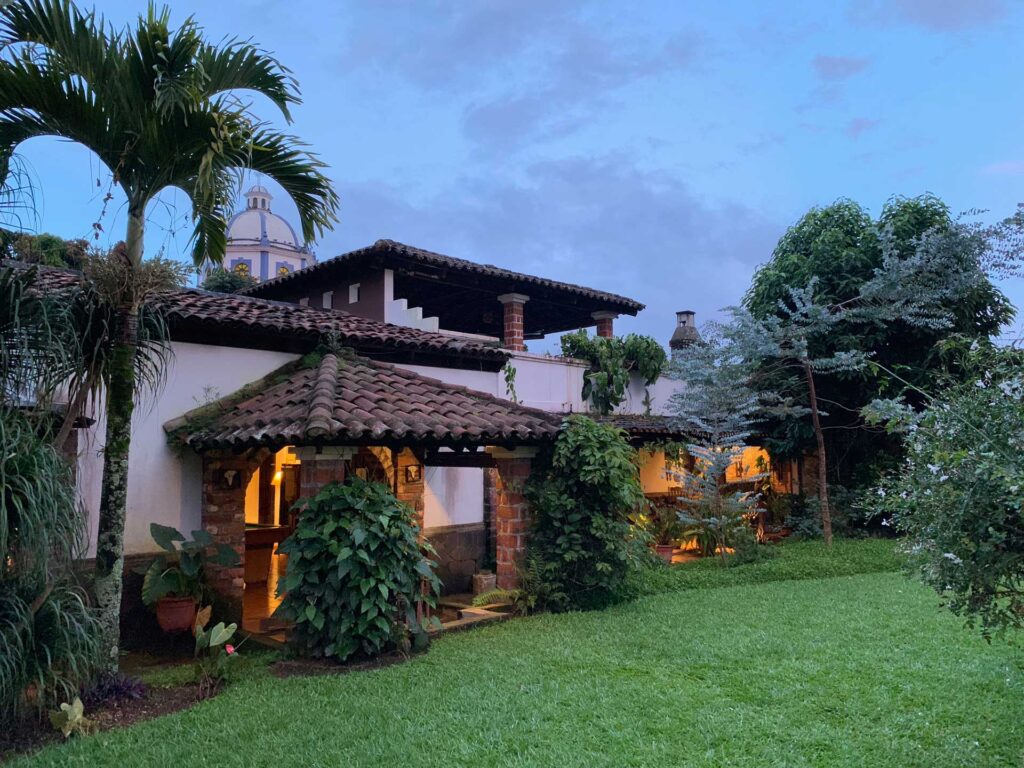 The story goes that in 1920, Doña Graciela Jiménez, wife of Don Alfonso Cornejo Guerrero, lived in this house built in the late nineteenth century. Don Alfonso and Dona Graciela, despite being married, lived in different houses as a peculiar way of life that both decided to take. Don Alfonso was a person strictly dedicated to the agricultural sector, especially the cultivation of coffee, and kept his work area in another house located across the park; meanwhile, Doña Graciela, was engaged in domestic chores and not involved in the work of her husband. People who worked for both of them said that, Don Alfonso visited Doña Graciela every day at lunchtime; in the afternoons he came to savor a cup of coffee and his favorite dessert, rice pudding, and at night to have dinner, listen to music, drink a glass of brandy and smoke cigars together.

Doña Graciela's house, has withstood two transformations to date: in 1962, after her death at 70 years, the innovation was to change the original adobe structure to a mixed scheme ; and in 2001, following the earthquake of that year, the general infrastructure of the house was reinforced, keeping the colonial style that had always characterized it.

Currently the house is owned by the grandson and great-grandson of Doña Graciela, and over the years it was used only as a holiday residence. In the last 15 years, it has always attracted both domestic and international tourists requesting access to the house to take pictures and appreciate the beauty of the flora in its garden. In early 2014, it opened its doors to the public for the first time, providing hosting service and events.

Nowadays, Casa Degraciela stands out among the best boutique hotels nationwide thanks to high scores that guests post on internationally recognized platforms such as TripAdvisor and Booking.com.

Do not worry about your car, We do it for you! Your stay includes valet parking for one or two vehicles (It depends on room type).

Let our hands clean of his most delicate garments! Our hotel provides laundry and ironing, the 24 hours of the day.

All rates include unlimited WiFi broadband.

You want breakfast in bed? Do not worry! We'll gladly took up the comfort of your room.

Do your small traveling with you, but you have an event outside the hotel? Trust care of them to us! We offer babysitting the 24 hours of the day. We have highly qualified to care for their children staff.

Traveling from distance needs to get to our hotel? We do it for you! Casa Degraciela offered the service of private transport within the national territory.

Where lunch or dinner? Do it with us! We have an extensive menu of national and international cuisine, service exclusively for our guests.